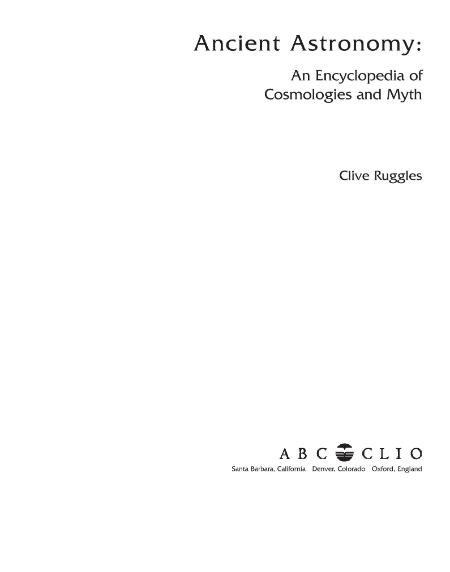 An authoritative introduction to the fascinating topic of archaeoastronomy―ancient peoples' understanding and use of the skies.
Ancient Astronomy: An Encyclopedia of Cosmologies and Myth draws on archaeological evidence and oral traditions to reveal how prehistoric humans perceived the skies and celestial phenomena. With over 200 entries, it offers a number of ways to approach ancient astronomy, from key examples and case studies worldwide (Stonehenge; Mexican and Egyptian pyramids; Chaco Canyon, New Mexico; the Nazca lines in Peru) to general themes (cosmologies, calendars, ancient ideas of space and time, origin myths), to fundamental concepts and methods (how the sky has changed over the centuries, how to survey a site), and to the field's most frequently asked questions (How did ancient peoples navigate the ocean using the stars? How does astrology relate to ancient astronomy? Can ancient sites be dated astronomically?)
By revealing the astronomical significance of some of the world's most famous ancient landmarks and enduring myths and by showing how different themes and concepts are connected, Ancient Astronomy: An Encyclopedia of Cosmologies and Myth brings a unique authoritative perspective to an area too often left to speculation and sensationalism. 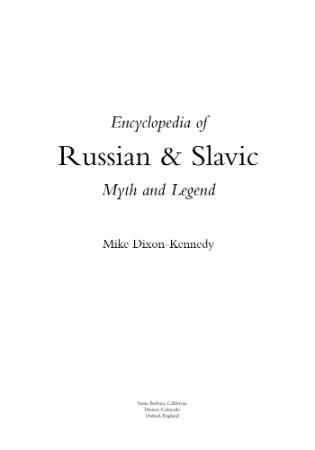 Encyclopedia of Russian and Slavic Myth and Legend 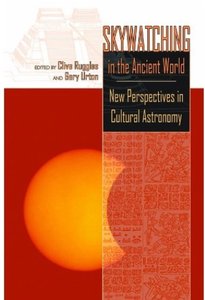