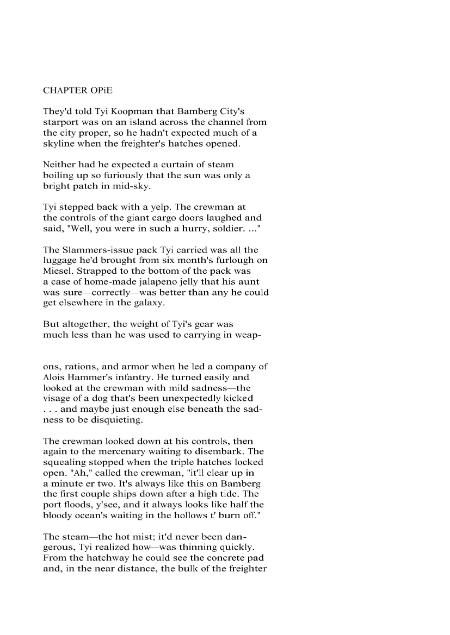 With a veteran's eye for the harsh and gritty details of war, David Drake depicts a futuristic analog of tank combat in his Hammer's Slammers fiction. The Slammers are neither cartoon heroes nor propaganda villains; rather they are competent professionals engaged in a deadly business. The inevitable conflicts between policy, necessity, and human nature make Drake's Slammers fiction instantly identifiable and utterly compelling. This is the first of a three volume set presenting for the first time the entire genre-defining Slammers series in a uniform trade paperback set, with new introductions by major SF figures and new afterwords by David Drake. Each volume will also include a Slammers story not collected in previous Slammer's books.

At the publisher's request, this title is sold without DRM (Digital Rights Management).

"Fans of Drake's edgy stories of a mercenary tank regiment in a future not all that different from our present will rejoice [at the publication of] the entire series in three volumes. Drake, a Vietnam vet who served in the Blackhorse Regiment, uses prose as cold and hard as the metal alloy of a tank to portray the men and women of Hammer's Regiment. . . . In his depiction of combat, Drake rivals Crane and Remarque." - Publishers Weekly, reviewing the Night Shade hardcover edition

Vietnam veteran, former lawyer, former bus driver, and now bestselling author, David Drake tells a military story like no other. His readers recognize that he can take them where no one else can, with gut-wrenching description that puts them face-to-face with the enemy, and in the midst of the action right on the battlefield. He helped create the audience for mercenary military science fiction with his best-selling "Hammer's Slammers" books. Drake graduated Phi Beta Kappa from the University of Iowa, majoring in history (with honors) and Latin. His stint at Duke University Law School was interrupted for two years by the U.S. Army, where he served as an enlisted interrogator with the 11th Armored Cavalry in Vietnam and Cambodia. Drake has a wife, a son, and various pets.

David Drake Lord of the Isles 03 Servant Of The Dragon 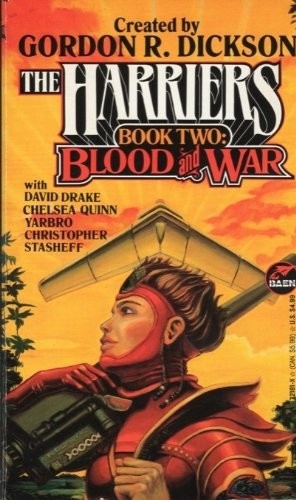