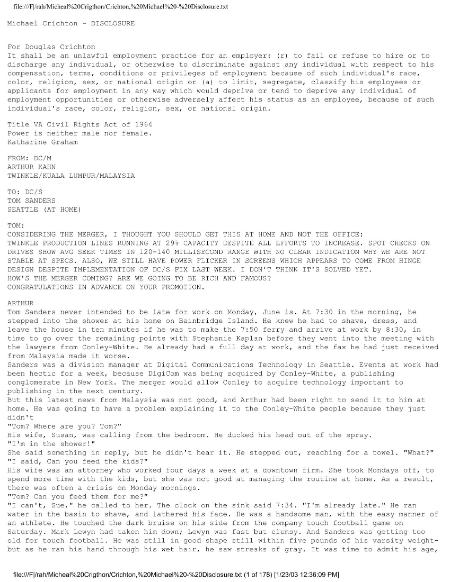 From the author of Jurassic Park, Timeline, and Sphere comes an electrifying thriller in which a shocking accusation of sexual harassment triggers a gripping psychological game of cat and mouse and threatens to derail a brilliant career.

"A fresh and provocative story."-People

An up-and-coming executive at the computer firm DigiCom, Tom Sanders is a man whose corporate future is certain. But after a closed-door meeting with his new boss-a woman who is his former lover and has been promoted to the position he expected to have-Sanders finds himself caught in a nightmarish web of deceit in which he is branded the villain.

As Sanders scrambles to defend himself, he uncovers an electronic trail into the company's secrets-and begins to grasp that a cynical and manipulative scheme has been devised to bring him down.

"Crichton writes superbly. . . . The excitement rises with each page."-Chicago Tribune
[/b]
"A heart-stop story running on several tracks at once. Disclosure is up to [Crichton's] usual locomotive speed."-The Boston Globe 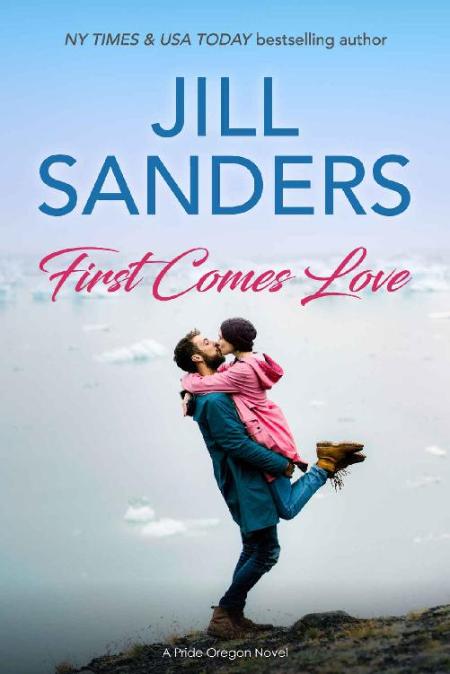 Staying In The Game - The Playbook for Beating Workplace Sexual Harassment