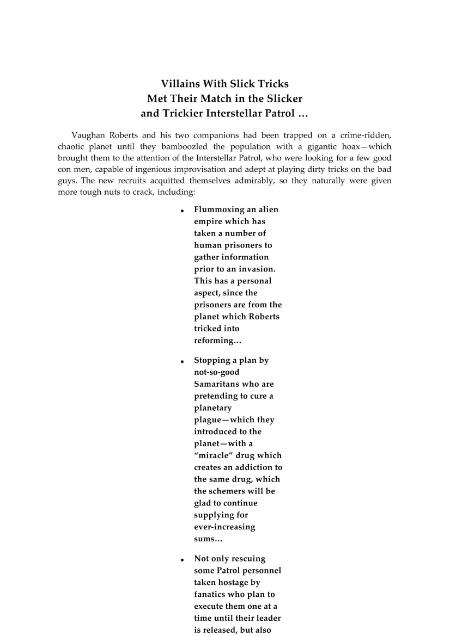 Vaughan Roberts and his two companions had been trapped on a crime-ridden, chaotic planet until they bamboozled the population with a gigantic hoax-which brought them to the attention of the Interstellar Patrol, who were looking for a few good con men, capable of ingenious improvisation and adept at playing dirty tricks on the bad guys. The new recruits acquitted themselves admirably, so they naturally were given more tough nuts to crack, including:

Flummoxing an alien empire which has taken a number of human prisoners as reconnaisance for an invasion. This has a personal aspect, since the prisoners are from the planet which Roberts tricked into reforming. . . .
Stopping a plan by not-so-good Samaritans who are pretending to cure a planetary plague-which they introduced to the planet-with a ''miracle'' drug which creates an addiction to the same drug, which the schemers will be glad to continue supplying for ever-increasing sums . . .
Not only rescuing some Patrol personnel taken hostage by fanatics who plan to execute them one at a time until their leader is released, but convincing other fanatics throughout the galaxy that the consequences of threatening anyone in the Patrol are too terrible even to think about. . . .
Making sure that the rightful heir to a planet's throne escapes from captivity and overthrows the usurper. This time there's a complication: Roberts may be falling for the ruler's beautiful sister. . . .
And much more. . . .

At the publisher's request, this title is sold without DRM (DRM Rights Management). 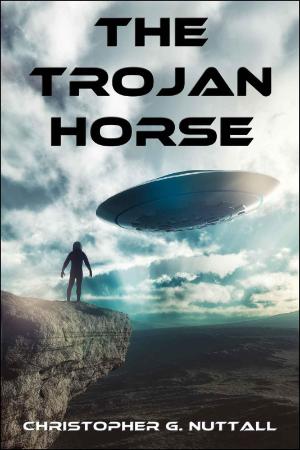 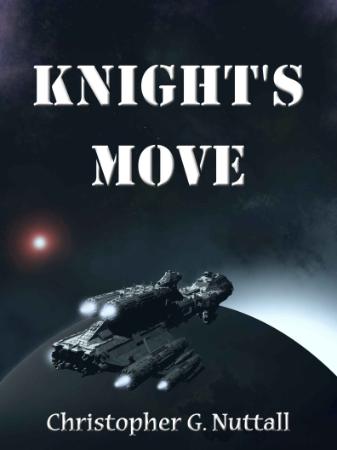 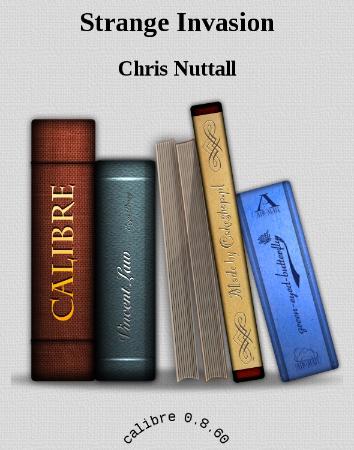 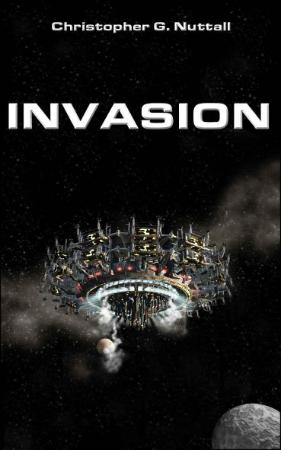