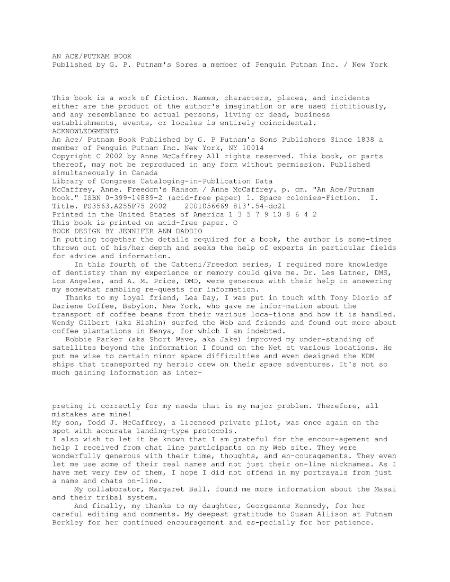 The inhabitants of the penal planet Botany had fought a grim and dangerous war to free themselves from their Eosi overlords. Now the Eosi were gone, and both Botany and Earth were free again - free, but in serious trouble as the theft of all their communications satellites by the Catteni (working for their Eosi masters) had left them isolated and in a desperate situation.

Hoping that everything stolen from them would be returned, they found that Catteni greed had triumphed. The merchants of Barevi refused to give up the stolen goods unless a substantial ransom was paid.

Earth was in a particularly bad way: disease, vandalism, starvation and the breakdown of their mechanical world had left its people fighting for survival. They desperately needed the goods the Barevi were hoarding.

And so Zainal, Kris, and a courageous team from Botany set off to try and outwit the thieving merchants. It was an expedition that led to a horrifying replay of an old nightmare for Kris - and only Zainal could save her and the future of both Earth and Botany.