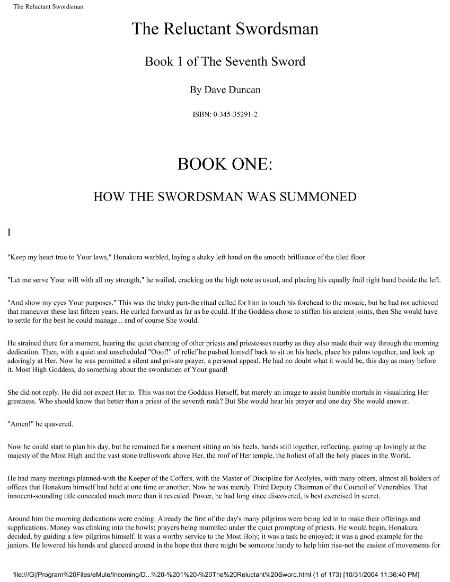 A young man is transformed into a barbarian fighter in this adventure from "one of the leading masters of epic fantasy" (Publishers Weekly).
Wallie Smith can feel the pain. He goes to the hospital and remembers the doctors and the commotion, but when he wakes up it all seems like a dream. However, if that was a dream, how do you explain waking up in another body and in another world? Little Wallie finds himself in the physique of a barbarian swordsman, accompanied by both an eccentric priest babbling about the Goddess and a voluptuous slave girl. Is this a rude awakening or a dream come true? What in the world will Wallie do now that he has found himself stranded in a strange realm? Well, it just so happens that the Goddess is in need of a swordsman. It will not be easy, but if he succeeds he will have everything he wants. If he does not, things could get ugly. Wallie is reluctant but sees his chance. If only he had the faintest clue as to the adventure he is about to unleash! If only he could imagine the forces that will be out to vanquish him!

The Second Kothar the Barbarian Megapack 2 Sword and Sorcery Novels

The First Kothar the Barbarian Megapack 3 Sword and Sorcery Novels

City of Lifestone by Tom Huddleston