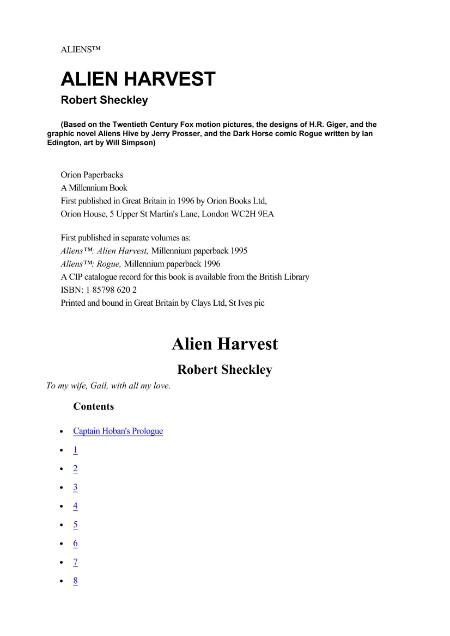 The alien queen is dead, the hive mind left to flounder, and on a world bereft of its leader two strains of Alien divide their forces for world-shattering war. On Earth, in the wake of alien infestation, athletes are flocking to humanity's Goodwill Games. But some come with a deadly new tool: a drug called Fire, distilled from the very essence of the Aliens' body chemistry... Contains Genocide by David Bischoff and Alien Harvest by Robert Sheckley.

The Aliens - Seven Stories of Science Fiction (1976) by Robert Silverberg