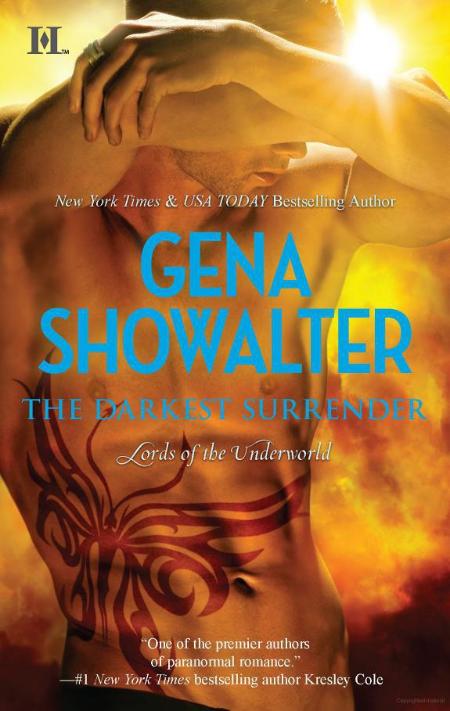 The Lords of the Underworld return in this enthralling tale of an immortal warrior determined to win and the beautiful seductress he can't resist.

Possessed by the demon of Defeat, Strider cannot lose a challenge without suffering unimaginable pain. For him, nothing stands in the way of victory. Until Kaia, an enchanting Harpy, tempts him to the razor's edge of surrender.

Known among her people as The Disappointment, Kaia must bring home the gold in the Harpy Games or die.  Strider is a distraction she can't afford because he as an agenda of his own - steal first prize, an ancient godly artifact, before the winner can be named. But as the competition heats up, only one prize will matter - the love neither had thought possible.

The Darkest Torment By Gena Showalter The Darkest King Lords of the Underworld Series, Book 15 [Audiobook]