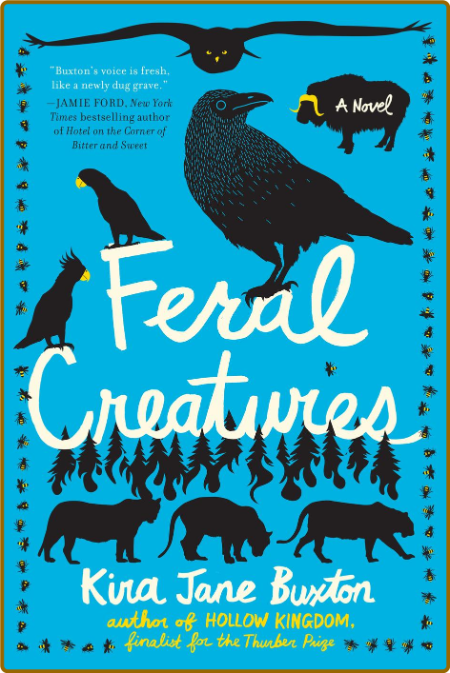 In this stunning follow-up to Hollow Kingdom , the animal kingdom's "favorite apocalyptic hero" is backwith a renewed sense of hope for humanity,ready to take on a world ravaged by a viral pandemic (Helen Macdonald).**
Once upon an apocalypse, there lived an obscenely handsome American crow named S.T. . . .
When the world last checked-in with its favorite Cheeto addict, the planet had been overrun by flesh-hungry beasts, and nature had started re-claiming her territory from humankind. S.T., the intrepid crow, alongside his bloodhound-bestie Dennis, had set about saving pets that had become trapped in their homes after humanity went the way of the dodo.
That is, dear reader, until S.T. stumbled upon something so rare-and so precious-that he vowed to do everything in his power to safeguard what could, quite literally, be humanity's last hope for survival. But in a wild world plagued by prejudiced animals, feather-raising environments, new threats so terrifying they make zombies look like baby bunnies, and a horrendous dearth of cheesy snacks, what's a crow to do?
Why, wing it on another big-hearted, death-defying adventure, that's what! Joined by a fabulous new cast of animal characters, S.T. faces many new challenges plus his biggest one yet: parenthood.

Review
"Readers who fell in love with Hollow Kingdom will not be disappointed by book two . . . S.T.'s struggles [are] both humorous and heart-wrenching in this powerful follow-up."― Buzzfeed
"Brilliant humor, clever characters, and an intriguing look at the relationship between parents and the children who don't conform to their expectations."― Kirkus
"Buxton balances the snarky humor and moving tenderness of her delightful protagonist with genuine tension. Fans of postapocalyptic dangers and witty narration will eat up this charming story."― Publishers Weekly
"S.T., the irrepressible, cursing crow is my new favorite apocalyptic hero."― Helen Macdonald, New York Times bestselling author of H Is for Hawk, Praise for Hollow Kingdom
"Kira Jane Buxton's voice is fresh, like a newly dug grave, but so joyful and honest you'll laugh out loud, and then check to make sure you haven't lost an eyeball."― Jamie Ford, New York Times bestselling author of Hotel on the Corner of Bitter and Sweet, Praise for Hollow Kingdom
"With infinite heart and humor, Kira Jane Buxton's fine-feathered narrator guides us through richly imagined animal realms while braving the terrifying collapse of the human world."― Mona Awad, author of 13 Ways of Looking at a Fat Girl and Bunny, Praise for Hollow Kingdom
"Kira Jane Buxton has created a crow so full of personality you won't even miss the company of humans."― Zoe Zolbrod, author of The Telling and Currency and former editor at The Rumpus, Praise for Hollow Kingdom
"Buxton's quirky ideas and compelling nonhuman characters will satisfy literary fiction and zombie genre enthusiasts alike who are looking for something beguilingly different."― Booklist, Starred Review for Hollow Kingdom

About the Author
Kira Jane Buxton 's debut novel, Hollow Kingdom , was a finalist for the Thurber Prize for American Humor, the Audie Awards, and the Washington State Book Awards, and was named a best book of 2019 by NPR, Book Riot , and Good Housekeeping. She spends her time with three cats, a dog, two crows, a charm of hummingbirds, five Steller's jays, two dark-eyed juncos, two squirrels, and a husband. 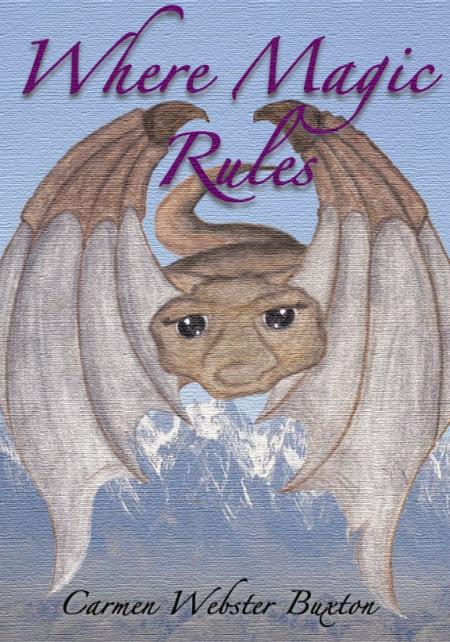 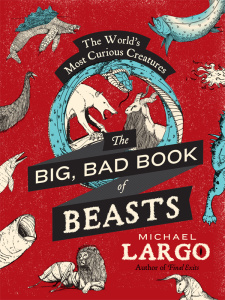 The Big, Bad Book of Beasts - The World's Most Curious Creatures