Best known for his menacing chamber music in the horror, thriller, and mystery genres, Nathan Barr is an Emmy-nominated television and film composer based in Los Angeles. A frequent collaborator of director Eli Roth (2005's Hostel, 2018's The House with a Clock in Its Walls), he also wrote the scores for TV shows such as True Blood (2008-2014) and The Americans (2013-2018).
A musician since the age of four, Barr went on to study music and technology at Skidmore College in Saratoga Springs, New York. He had a stint as guitarist and electric cellist with alternative metal group VAST before moving to Los Angeles to work in film and television in 1996. Barr found work as an assistant to Hans Zimmer on films including 1997's As Good as It Gets and the following year's The Prince of Egypt, earning his first main composer credit on the comedy Romance in 1998. He continued to write music for low-budget films while providing additional music, production, and cello performances to a variety of TV, straight-to-video, and documentary projects into the early 2000s. Some of his earliest work on television during that period included the reality show Fear and the short-lived CBS drama Kate Brasher.
Though Barr wrote the score for the 2005 film adaptation of The Dukes of Hazzard, by that time he was developing a reputation for his quirky, ominous music in horror films such as 2002's Cabin Fever (with some themes composed by Angelo Badalamenti), 2005's Hostel, and a segment of the 2007 horror anthology Grindhouse, all of which were directed by Eli Roth. In 2008, Barr was enlisted as composer for the HBO series True Blood, a position he held for the show's entire seven-season run. In the meantime, he wrote scores for TV programs including the Netflix horror series Hemlock Grove (2013-2015) and the FX-network spy drama The Americans (2013-2018). His main-title music for both of the latter shows were nominated for Emmys in 2013. For the 2015 thriller The Boy Next Door, he collaborated with composer Randy Edelman, and in 2017 he scored the remake of the 1990 psychological thriller Flatliners. He reunited with Roth for 2018's The House with a Clock in Its Walls, based on a book by gothic-mystery novelist John Bellairs. ~ Marcy Donelson
Tracklist:
01. Nathan Barr - Main Title
02. Nathan Barr - Short List
03. Frank Fairfield - Waiting For The Robert E. Lee
04. Nathan Barr - Strapped Horses
05. Nathan Barr - Family Destroyed
06. Nathan Barr - Aftermath
07. Nathan Barr - Always A Risk
08. Nathan Barr - Steel Arrow
09. Nathan Barr - Escoute Home
10. Nathan Barr - Young Eli Returns
11. Nathan Barr - Trouble Begins
12. Nathan Barr - Battle Continues
13. Nathan Barr - Ghosts Of Eli's Past
14. Nathan Barr - Loving Maria
15. Nathan Barr - Bad Apples
16. Nathan Barr - Photo Montage
17. Nathan Barr - Wedding
18. Charissa Hogeland - Oh! You Beautiful Doll
19. Nathan Barr - Eli Roams
20. Nathan Barr - Eli's Speech
21. Nathan Barr - Then I'll Kill Him
22. Nathan Barr - Shooting Resumes
23. Billy F Gibbons - Seemed A Better Way
Download Links 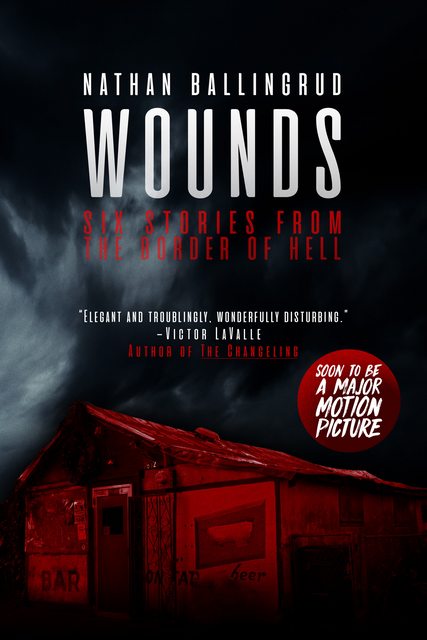