Extensive Vocabulary of 8th and 16th Note Rhythm Patterns
Generally speaking, most rock grooves are based on 8th-note rhythms, while most funk grooves are based on 16th-note rhythms. Jon Finn's Rhythm Lab: Rock & Funk will not only explain in detail how 8th-note and 16th-note rhythms work, you'll put those rhythmic principles to work across a series of rhythm guitar performance studies.
"Let's face it. If you spend any time working in a band, most of your time will be spent playing rhythm guitar. Good bands want good rhythm guitar players. Oh, and by the way, the best lead guitarists have a great sense of rhythm. So improving your rhythm improves all aspects of your playing.
In this Rock & Funk edition of Rhythm Lab, you'll play your way through a series of examples and performance studies that feature the most commonly used patterns in rock and funk. By the end of this course, you'll have a deeper understanding of how these rhythms work. Better yet, you'll learn how to make up your own rhythms and never be at a loss to come up with the perfect rhythm for any of the songs you play."
Jon organized this edition of Rhythm Lab into three sections. In the first section, you'll dig into straight eighth note rhythm patterns and displacements.
"Now, at it's concept, it's very simple - you learn how to accent on the first 8th note, then the second 8th note, then third, etc. all the way to the eighth. If you look at it on a piece of paper, it's very simple to look at, however, keep in mind that each accent as it sits on the beat feels very different from the rest. When you start combining them, that's when things get a little challenging. It's kind of surprising how different they all sound!"
In the second section, you'll move into sixteenth note territory and work through some of the many accents, displacements, and combinations available to you.
"It's easiest to count 16th notes like "one-y-and-a-two-y-and-a-three-y-and-a-four-y-and-a". We're going to do accents on the first 16th note, then the second 16th note, third, then fourth, etc. and then we'll do combinations of displacements of those 16th notes. Also, instead of chugging 8th notes like we were doing before, we're going to be doing muted strums to represent the unaccented 16th notes, and a chord to represent an accent."
Finally, in the third section, Jon will guide you through five real-world performance studies. Jon will first perform each study for you over a backing track, and then breakdown the performance emphasizing the rhythmic principles in play.
Rock in D Minor - "This rhythm study is an example of what we might do if we were going to take some of these ideas that we've been working with and put them in a context that sounds closer to a song. What I've done is put together some rhythmic accents, a few displacements, and a simple little chord progression in D minor."
Clockwork Rhythm Guitar - "This is the rhythm guitar part for a song on my second full-length CD, Wicked. The song is called "Clockwork", hence the name of the example. There's a classical sounding introduction, and then there's a part where we rock out a little bit, and this is the guitar part that goes along with that section of the tune. There are some parts where there's downbeat accents, other parts with upbeat accents, straight rhythms, syncopated rhythms, and as we go through it, you'll see how that works."
Outdrive Rhythm Guitar - "This study is pulled from a tune of mine called Outdrive. This is a raucous tune in A with a bunch of different rhythm patterns, some chords, a couple of different licks, but this is the part of the tune that drives the whole feel of it. It uses a lot of the accent ideas that we've gone over in this course, but put into practice it's a little more complex than what we've done thus far."
Funky Blues Etude No. Two - "This rhythm study is really just a review of all the 16th note exercises that we have talked about, with the displacement combinations, 16th notes in groups of 3 and 5, and various rhythms that are related to that way of thinking and playing. This is a 12-bar blues form, following a I-IV-V chord progression pretty closely with a few chord variations here and there, but lot's of 16th note strums."
Funky in F Minor - "This study was written to demonstrate all the ideas in Section 2 put to use in a more musical context, using a slightly more "rock" approach."
Jon will explain and demonstrate all of the key concepts and approaches along the way. You'll get standard notation, tabs, and diagrams for the key examples and performance studies. Plus, Jon includes all of the rhythm tracks for you to work with on your own. In addition, you'll be able to loop or slow down any of the performances so that you can work with the materials at your own pace.
Grab your guitar and let's get pump up our rhythmic prowess with Jon Finn!
More Info Hands On Guitar Beyond Beginner 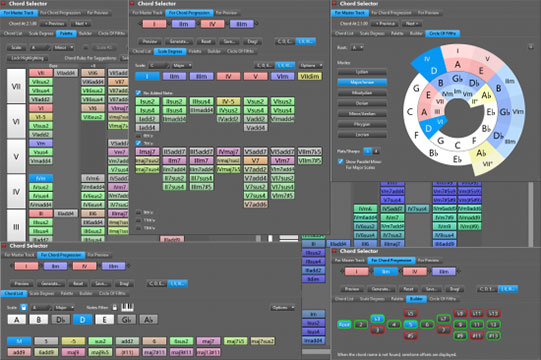