Casualty.S34E06.READ.NFO.480p.x264-mSD - [MKV - 229 MB] - [ 1-LINK ]
00:46:16 | 640x480 @ 484 Kbps
Genres: Drama
Plot: Casualty, stylised as CASUAL+Y, is a British medical drama television series that airs weekly on BBC One, and the longest-running emergency medical drama television series in the world. Created by Jeremy Brock and Paul Unwin, it was first broadcast on 6 September 1986, and transmitted in the UK on BBC One. The original producer was Geraint Morris.

The programme is based around the fictional Holby City Hospital and focuses on the staff and patients of the hospital's Accident and Emergency Department. The show has very few ties to its sister programme Holby City which began as a spin off from Casualty in 1999 and is set in the same hospital, but upstairs. The show's plots and characters occasionally crossover between the two programmes, but this is rare, and each show can easily be followed without having to watch the other. Casualty is shown weekly on a Saturday evening, which has been its time slot since the early 1990s. 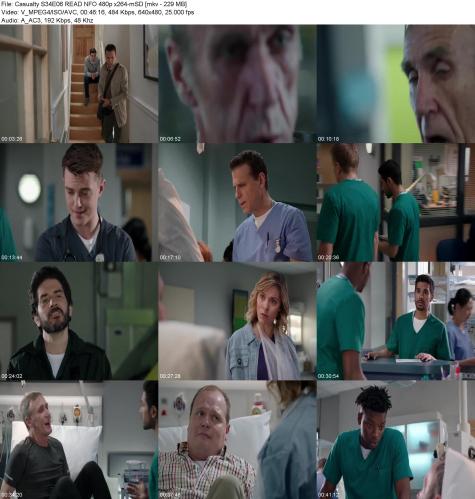